We dug up 3 creepy ancient Egypt facts - but are they true or false? Find out below!

1. True or False
The Titanic was cursed by a mummy.

Did you know that some people claimed the Titanic sank because it was carrying a cursed mummy?

According to rumor, a mummified ancient priestess was being shipped to America on the Titanic. The mummified Egyptian priestess was angry that she'd been stolen away from her sacred tomb. She did not like being transported in the hold of a strange boat. So the story goes that she cursed the Titanic, causing it to crash into an iceberg and sink.

Creepy story? Definitely. True story? No such luck. The ship's manifest included no mention of an Egyptian mummy or a sarcophagus.

2. True or False?
Pharaohs took their slaves to the grave.

How's this for chilling? In ancient Egypt's early days, some pharaohs actually took their slaves with them to the afterlife! How? They had their slaves murdered and buried alongside them. But this was extremely rare.

In later years, pharaohs were buried with tiny clay figurines in the shape of slaves. The were called ushabti. Ushabti or shabti replaced the practice of being buried with living human servants. It makes you wonder if ushabti were invented by a clever slave.

In conclusion, Fact #2 is PARTLY TRUE

3. True or False?
Egyptian tombs and pyramids were full of booby traps.

We've all seen movies, read books, or played video games that take place in tombs or pyramids filled with booby traps. We've watched tomb raiders fall to their deaths through secret trap doors. We've imagined them choking on poisoned powder that was sprayed into the air when the tomb was disturbed. We've even seen films where floors that shifted and fell away under a person's feet.

And what about auto-triggered poisoned darts, decapitating wires, sinking and traps, and that giant rolling ball featured in Indiana Jones? (Different country, but you see where we're going with this.) 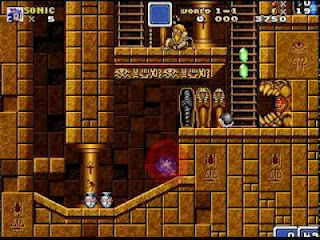 This stuff all sounds pretty cool. But did it exist?

Here's the reality. Ancient architects did throw in a few mazes, and maybe a hidden pit here and there, but as for the rest, no. Sadly, booby traps are the stuff of Hollywood. Ancient Egyptians were extremely smart, but they just didn't have the technology. It sure makes for great action pictures. As for a chilling fact, it's a miss.

While ancient Egyptians made some pretty amazing structures, unfortunately, they did not make elaborate booby traps for their pyramids and tombs.


• • •
I hope you've enjoyed reading about these three ancient Egyptian 'facts', and learning which ones are actually true versus rumor. Be sure and check out more interesting facts while you're here!
by Children's Author Scott Peters
Email ThisBlogThis!Share to TwitterShare to FacebookShare to Pinterest
Labels: Ancient Egypt facts
Newer Post Older Post Home