16 Fun Facts About The GREAT PYRAMID

The best Great Pyramid facts on the web! Did slaves build the pyramids? How many stones were used? Were there mummies in them? You'll be amazed when you read this post.

The Great Pyramid of Giza is one of the most impressive buildings in all of human history. It's so old that it's really hard to get your head how long it's been around. It's even harder to picture some architect coming up with the idea in the first place--and then getting all those people to build it. I'm sure glad they did. We're still talking about it today!

Read on for 16 fascinating pieces of trivia

1. How many stones make up the Great Pyramid?

Each stone weighed around 2.5 tons, although they varied in size. Not every stone was identical.

3. Who built the Great Pyramids of Egypt?

They were built by the rulers or kings of ancient Egypt. We call these kings 'pharaohs'. The biggest, the Cheops or Great Pyramid was built by Pharaoh Khufu. 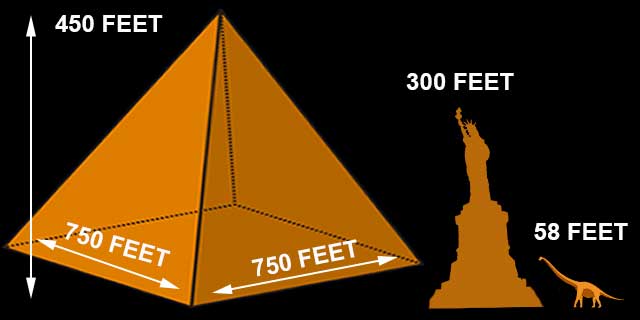 The ancient monument is 450 feet tall. To put this in modern terms, it's around the same height as a 45-story apartment or office building.

By comparison, the Statue of Liberty is 300 feet. The tallest dinosaur (the Sauroposeidon), stood at 58 feet.

By the way, the sides of the pyramid are each over a quarter mile long. So if you walked around it once, you would travel more than a mile! 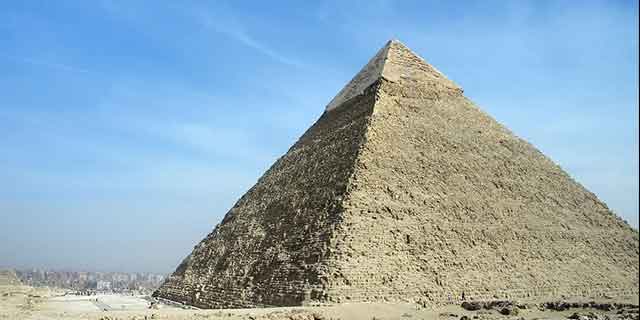 It is the 3rd heaviest man-made object in the world.

6. Did slaves build the pyramids? 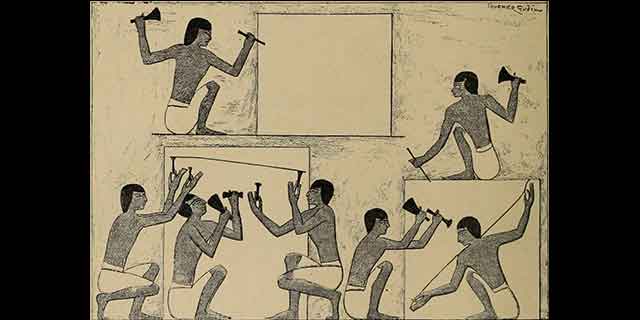 For years, people were sure slaves built the pyramids. However, this has turned out to be untrue. In fact, men were hired and paid wages. Writings and other evidence has been found to back this up.

Also, the workers were buried in sacred graves--right next to the monumental structure. This was a great, great honor, and showed how much they were valued and respected.

7. How did the builders get paid?

Money wasn't used in those days. It didn't exist yet. Instead, goods were bartered in exchange for work.

The construction crew would have been paid in rations like meat, bread, and beer. The laborers could then turn around and barter these 'wages' for other things. Also, they were provided with healthcare, a place to live, access to priests, and much more.

8. How long did it take to build them?

It took around 30 years and 10,000 men to build Khufu's Cheops pyramid. The workers labored hard and their remains show this. We can actually tell by looking at their mummified bones that the work was very tough. 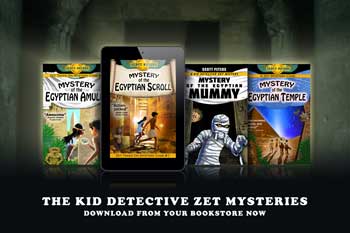 9. Were there mummies in the pyramids?

It's probable that at one time in history, they contained mummies. The pyramids are believed to be giant tombs designed to hold a pharaoh's remains. Yet we can't know for certain. It's possible that they were built for reasons that were sacred to the ancient Egyptians and remain a mystery to us.

10. Who was buried in the Great Pyramid? 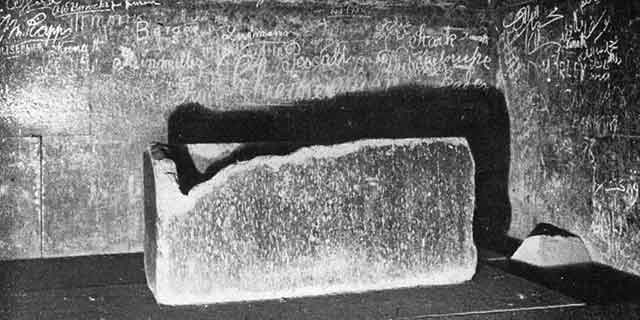 The famous Cheops monument was built for Pharaoh Khufu. However, we have no idea where Khufu's mummy is, or if he was ever buried in the King's Chamber. It's likely that raiders broke into the pyramid before modern explorers arrived on the scene.

That's Khufu's heavy stone sarcophagus (coffin) pictured above. Was it ceremonial? Or did it hold his mummy at one point in time? We simply don't know. It's not shaped like a mummy, that's for sure.

Here's something interesting: look closely at the photo--you might think it's ancient writing on the wall. In fact, it's modern graffiti!

No mummy has ever been found inside a pyramid. 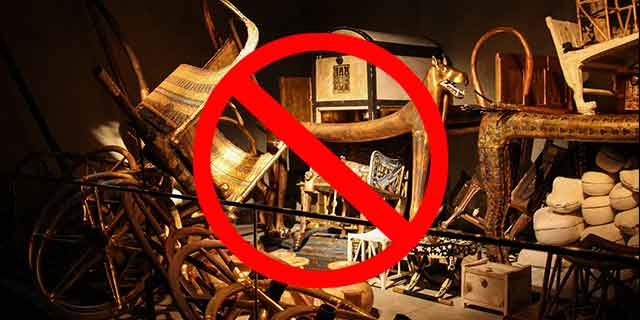 Not only was Khufu's mummy 'gone', but archaeologists also found no treasure inside the huge structure. Contrast that with the picture above of the grave goods found in King Tut's secret tomb in the Valley of the Kings.

Ancient Egyptians believed that you could take things with you to the next life. They packed their burial sites as though they were moving house, or going on a very long vacation. It's possible that Khufu's pyramid contained all manner of things such as:
Whatever was stored inside is long gone. It's sad to think it has all disappeared with the sands of time.

13. Was there really a boat at Khufu's pyramid? 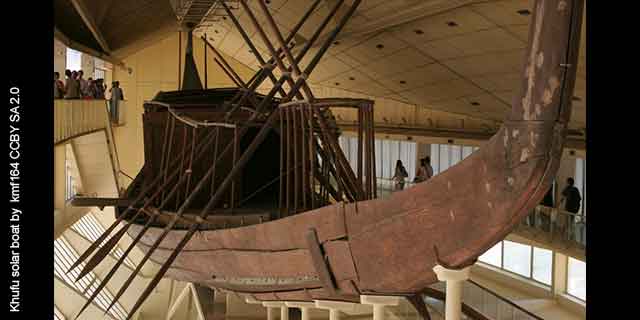 On the bright side, explorers found one incredible treasure at Giza. It was sealed inside a pit at the base of the pyramid complex. It's the solar ship seen above.

The funerary ship is the oldest ship in existence, and was so well built that it's been called "a masterpiece of woodcraft". If placed in the water today, you could actually ride in it.

No one knows the real purpose of this boat, also called a solar barge, but it's believed to be a ritual vessel used to carry the deceased pharaoh across the heavens, with the help of the Egyptian sun god, Ra. 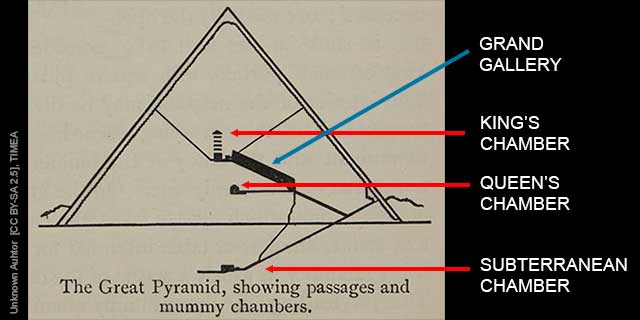 Khufu's pyramid has multiple chambers and shafts inside.

How many rooms does it have? Three (3) that we know about. They are as follows:
A fourth, mysterious chamber has been identified using modern imaging techniques, but there is no way to access it at present.

15. What is written inside the King's Chamber in the Great Pyramid?

In fact, nothing was written inside the King's Chamber. Recently, however, several hieroglyphs were found on the floor of the Statue Chamber/Queens Chamber. They are written in red paint. They have been identified as mathematical figures left behind by the builders.

16. Are there still mysteries to discover?

Yes! There are still many mysteries to discover. For example: what's the inaccessible chamber found recently via modern imaging? Are there underground passages that we're not yet aware of? Do hidden passages lead to secret underground rooms? Was it really just a burial tomb, or did the building's design have a larger spiritual purpose? Is it possible there's undiscovered treasure inside?

There's no doubt that the world will continue to ask questions and try to find answers. Maybe that's why it's called one of the Seven Wonders Of The World.

NEXT: Read these fun facts about Pharaoh Khufu, the man behind the Great Pyramid of Giza.